As the world's leading brewery, AB InBev takes the responsibility to develop this kind of sustainable solutions and focus on circular economy.  “While we have tons of non-used nutrient-rich spent grains in our breweries, 9 billion people on the planet by 2050 will dramatically increase the global food demand. We at AB InBev wanted to match those insights. This technology has the potential to save hundreds of thousands of proteins and fibers and to unlock their nutritional value as food for people. These plant-based circular economy nutrients are much more sustainable than traditional sources like animals, potentially representing up to 75% reduction in CO2 emissions,” says Jorge Gil-Martinez, biochemical specialist and actual “inventor” of the technology at GITeC.

During the brewing process, sugars from barley are removed, resulting in spent grains containing high amounts of proteins and fibers. “Traditionally, the spent grains from the brewing process go to cattle farmers to feed the animals. The rest grain is dumped. However, this is not the most sustainable use of the nutritional values and on a global scale this amounts to a huge waste. We wanted to make these high-nutritional grain residues suitable for sustainable human consumption. Conceptually, it sounds easy, but we were facing many technological challenges,” says Gil-Martinez.

“First of all, spent grains are perishable, and soon after production not suitable for food making. We developed an unique fermentation process to convert them into stable food ingredients. Secondly, the nutritional value from plant ingredients is somehow “locked”, and we developed specific innovative technology to release it. And of course, we had to connect and scale up all these technologies. Our team in GITEC found an answer to these three challenges.”

Fiber-rich drink is the first commercial launch from saved grains

Innovation only happens when R&D efforts are translated into successful commercial opportunities.   The initial research started several years ago and was followed by extensive trials through multiple collaborations. The first concrete application of this technology is a fiber and protein shake called Canvas. Today a limited amount of this drink is already for sale in the United States as a pilot project.

Canvas is a sustainable, plant based barley beverage designed to support a health-conscious lifestyle and comes in five different versions: Original, Cocoa, Latte, Matcha, and Turmeric Chai. “The Canvas team made huge efforts to combine the saved grains with the right natural ingredients to create tasteful beverage. Each bottle provides a rich and convenient source of dietary fiber, complete plant protein, essential fats and blend of delicious ingredients. The drink has 8 grams of protein and 11 grams of fiber,” says Gil-Martinez. “Every bottle of Canvas has 39% of your daily recommended value of dietary fiber.”

The technology represents a way to enable access to water-efficient nutrient sources; as an example, it has been calculated that animal meat requires 15 times more water for its production than the same amount of any cereal.

Finally, AB InBev will continue to tackle climate change by reducing its carbon emissions. “We aim to re-utilize several tons of our spent grains in a dedicated on-site facility. As an example, it has been calculated that we can potentially reduce carbon emissions approx. 5000 tons per year by an industrial scale implementation of this technology in Europe.”

In mid-March, the leading brewer announced its 2025 Sustainability Goals, the company’s most ambitious goals yet.  This specific innovation is about circular economy, converting what was destined to be a waste into a source of sustainable nutrients. Canvas provides consumers with access to 100% plant-based proteins instead of current less-sustainable meat-based intake of proteins. And this technology can potentially be expanded: by saving the barley we can provide the world with a source of nutrients for many different healthy food applications.

Anheuser-Busch InBev is a publicly traded company (Euronext: ABI) based in Leuven, Belgium, with secondary listings on the Mexico (MEXBOL: ANB) and South Africa (JSE: ANH) stock exchanges and with American Depositary Receipts on the New York Stock Exchange (NYSE: BUD). Our Dream is to bring people together for a better world. Beer, the original social network, has been bringing people together for thousands of years. We are committed to building great brands that stand the test of time and to brewing the best beers using the finest natural ingredients. Our diverse portfolio of well over 500 beer brands includes global brands Budweiser®, Corona® and Stella Artois®; multi-country brands Beck’s®, Castle®, Castle Lite®, Hoegaarden® and Leffe®; and local champions such as Aguila®, Antarctica®, Bud Light®, Brahma®, Cass®, Chernigivske®, Cristal®, Harbin®, Jupiler®, Klinskoye®, Michelob Ultra®, Modelo Especial®, Quilmes®, Victoria®, Sedrin®, Sibirskaya Korona® and Skol®. Our brewing heritage dates back more than 600 years, spanning continents and generations. From our European roots at the Den Hoorn brewery in Leuven, Belgium. To the pioneering spirit of the Anheuser & Co brewery in St. Louis, US. To the creation of the Castle Brewery in South Africa during the Johannesburg gold rush. To Bohemia, the first brewery in Brazil. Geographically diversified with a balanced exposure to developed and developing markets, we leverage the collective strengths of nearly 200,000 employees based in more than 50 countries worldwide. For 2017, AB InBev’s reported revenue was 56.4 billion USD (excluding JVs and associates). 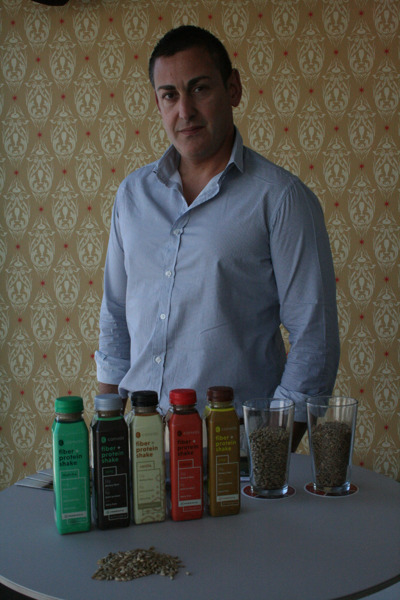